We are three years away from the golden jubilee of the first human ever landing on the moon.  The 1960s was the era when everyone was fascinated by space travel. One of the first hits of the legendary David Bowie, “Space oddity” (about astronaut Major Tom) is testimony to this. 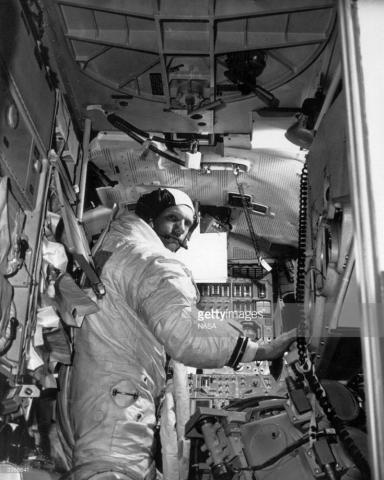 As you know the first man on the moon was Neil Armstrong. A man with an eventful life, and a man who knew what he wanted and made clear choices.

The one thing Neil was always passionate about was flying.  During the Korean War he flew many missions. Soon after, he graduated in aeronautical engineering and started looking for a job. He clearly knew what he wanted to be: an “engineering test pilot.”

Aha, so Neil Armstrong wanted to be a tester. But not just any kind of tester. He had quickly discovered there are two types of test pilots.

The first kind are the “production test pilots” who are employed by an aircraft factory. Their job is to get a plane off the production line for it’s first flight in order to determine whether the aircraft complies with specifications and is working properly.

The second kind are the “experimental test pilots” who are employed by a research organization (e.g. the NASA). Their task is to test new concepts and opportunities and thus contribute to the development of better aircraft.

The above explanation provides a clear distinction between production tester and experimental tester. I wonder, can we apply this distinction in testing of IT-systems? If so, what are you? And what would you want to be?

Neil became an experimental tester for NASA and flew to the edge of space in the X-15.

I believe we don’t have such a clear distinction in our testing profession. Because all the software and systems that we make are produced only once (and then, if necessary, copied, that’s the advantage of software).

However, a nice parallel can be found. First, we have the distinction of regression tests and progression tests. In a regression test, we test a system after modification to see if the unchanged parts still do what they did already. This is similar to the activities of the production test pilot.

In a progression test, we test a new (sub) system to determine whether it meets the specifications and expectations of the client. This is more like the experimental test pilot.

Are you at the brink of a choice for your testing career? Then think about these options, it can help you determine your best options.

In the world of testing there is a small group of people who are trying to improve the testing profession itself. In them we find resemblance with final job that Neil Armstrong applied for, the “research pilot,” which he became at NASA and which was the reason why he came to fly the lunar module that was really the top research opportunity for a pilot.

The story above demonstrates that even half a century later, we can find inspiration for our own field in the choices made by the first man on the moon.