A feature toggle is a software technique that offers an alternative to the use of multiple large branches in the source code (feature branches). In this way, a merge disaster can be avoided, and certain features can be tested before their release. It is a powerful way to disconnect a feature release from the deployment schedule. The lifespan of toggles is best kept as short as possible. As soon as the feature is complete and the toggle is no longer used, it should be removed.

Feature toggles can be split into four categories depending on the lifespan and the dynamics [Fowler 2017]: 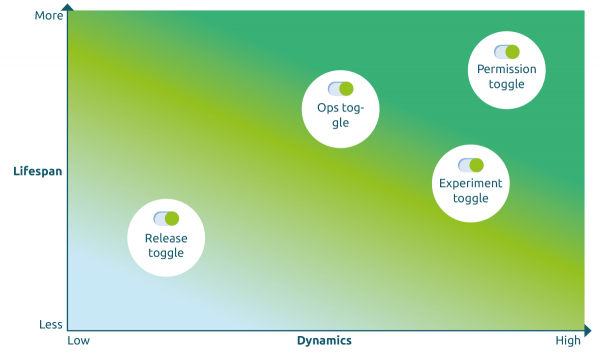