Improvement of the application being delivered

The improvement of the application being delivered is strongly related to the metrics as defined in Metrics. You could use the GQM approach to identify Goals, Questions and Metrics [Basili 1994]. When using GQM you can distinguish between two types of goals:

We will explain this using an example. First, we formulate the goal. Let's assume the knowledge goal is: "Provide insight into the quality level prior to release".

The next step is deriving relevant metrics from these questions. You could use some of the already defined metrics in, or even better, use the metrics for which data is already available. Possible metrics are: 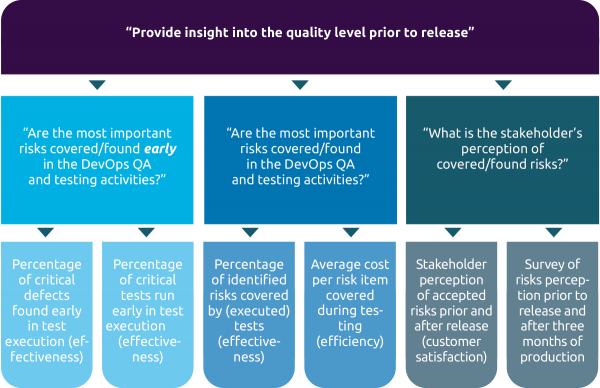 After finishing the GQM cycle, improvement actions are defined and executed, and you could start a new GQM cycle. In this way you are continuously improving.