A Specification and Example approach is a collaborative approach to define requirements and business-oriented functional tests for software products, based on capturing and illustrating requirements using realistic examples instead of abstract statements. You will find many discussions on the internet about the differences – if any – between these approaches, but in the end they all support trying to achieve the above-mentioned result.

Some commonly used approaches are:

For a SaE session, you need input from the stakeholders, preferably from all stakeholders, known as the whole-team approach. To perform this properly, there are a few preconditions: 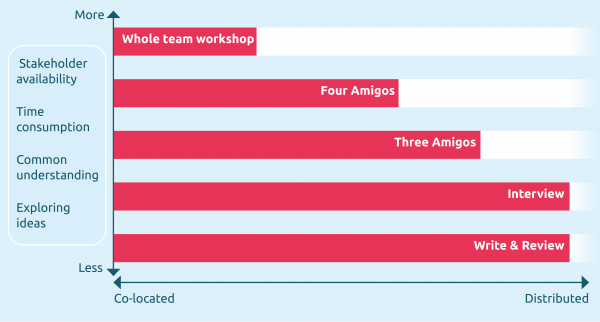 The figure above shows the collaboration approaches and the influence the preconditions, advantages and downsides have on their use. The horizontal axis shows which approaches can be applied with a co-located team and which with a distributed team. The vertical axis shows which approach is less or more influenced by stakeholder availability, and/or time consumption, and/or common understanding, and/or exploring ideas.

The two most popular approaches, three and four amigos, are explained in the following section.

In DevOps you could add a representative from the operations perspective to the team and call it the "Four amigos" approach:

Depending on the situation, do the stakeholders work co-located or not, are they available or not and how much time is available? It is important to choose a suitable collaboration approach. 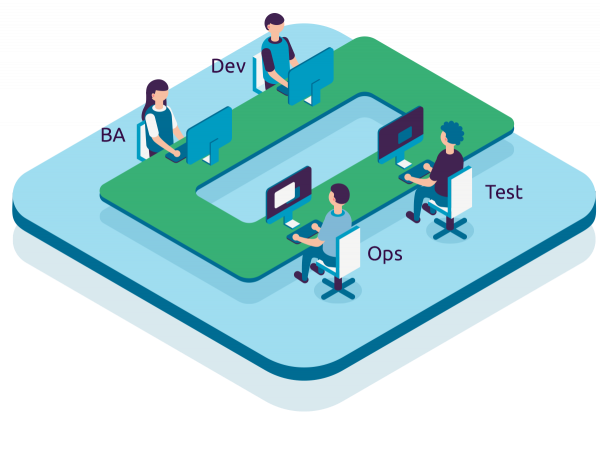 When applying one of the Specification by Example (SbE) [Fowler 2004] mapping approaches (such as ATDD and BDD) a pack of 4-coloured index cards is often used to capture the different types of information as the conversation unfolds. The information is captured on index cards and arranged in a map. 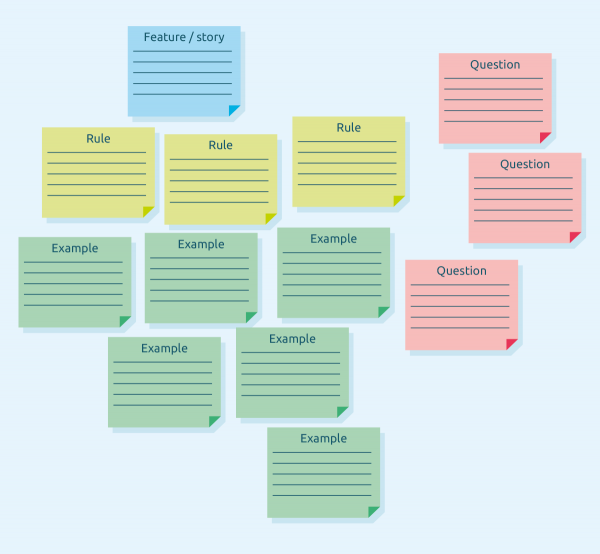 For a complete example, see figure above. In the figure only "true" examples are given, you can expand these with "false" examples and expected results.

A SbE session is timeboxed. A SbE session becomes less effective if it lasts longer than 30-45 minutes. Because after that, the attention span decreases and creativity and engagement drop. In general, you could say that if you need (much) more time, the user story is most likely too long and should be broken down into smaller user stories. 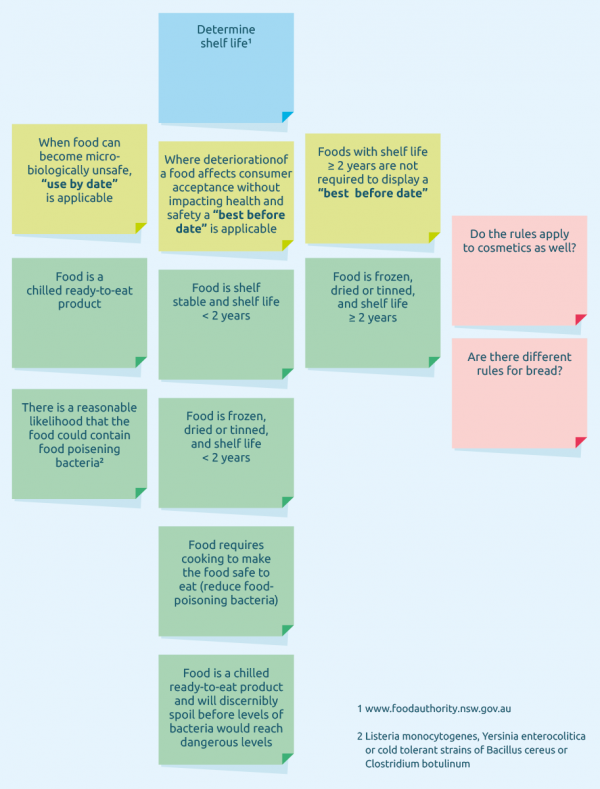 Although SbE does not have any formal requirements for how the user stories should be written, the Gherkin syntax is often used. Gherkin is a commercial, readable domain specific language (DSL) created specifically for behavior descriptions. Writing the Gherkin scenarios during the session could be time-consuming. For this reason, some – more experienced – teams leave the actual writing of the Gherkin scenarios until after the session.

Gherkin scenarios are input for all DevOps activities; as such they are also the basis for test design using coverage-based or experience-based approaches.

The Gherkin keywords are [Gherkin 2020]:

If you wish to know more about how to use Gherkin keywords, we refer to https://cucumber.io/docs/gherkin/reference/#keywords.