The test strategy defines the intensity of (specific parts of) the testing of the test object. This test intensity is achieved by applying test approaches and test design techniques.

The objective of an effective test strategy is therefore to realise the best achievable coverage at the right place. Coverage has everything to do with the wish to find the most possible defects with the fewest possible test cases.

Coverage-based testing aims to demonstrate a specific type of coverage of one or another aspect of an IT-system. This can be done by designing test situations and test cases with test design techniques.

In general, when applying a test design technique, different testers would end up designing the same test cases since the technique uses a specific way of working to derive test cases from the test basis.

But what is coverage? Coverage is very subjective. We cannot talk about the coverage. What does an executive or other stakeholder mean when he/she asks you what the coverage of the test was? What information does he/she need or want? Possibly he/she wants to know how thorough some aspects of the test object have been covered. Maybe he/she want to know how many of all possible defects have actually been found by the tests.

A key word here is Coverage. A definition for coverage is hard to give. It basically deals with aspects of the test object that you would like to assess and the thoroughness with which you do that.

More important is the question if we are able to achieve 100% coverage. Well, we can never be certain that all defects have been found or even that 60% of all defects has been found. After all, we do not know how many defects there actually are. Furthermore we don’t know how accurate and complete the information was on which we based our test cases. Also if the tests we executed were based on a test strategy (and product risk analysis) we can never be sure whether our stakeholders made the right choices on what to cover. Testing everything is simply impossible, because it is impossible to define what ‘everything’ means.

Altough coverage is hard to define, it has a relation with the following two terms:

In condition-oriented test design we distinguish:

In data-oriented testing we distinguish: 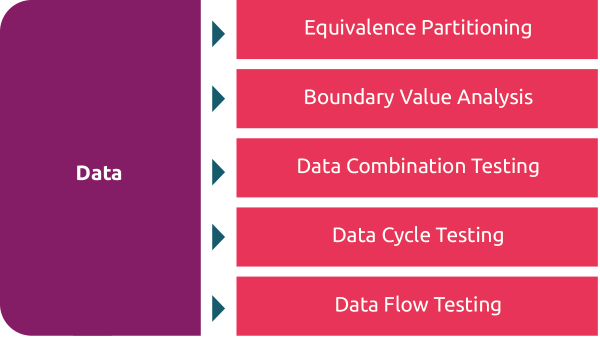 In appearance-oriented testing we distinguish techniques and approaches to testing based on various quality characteristics: 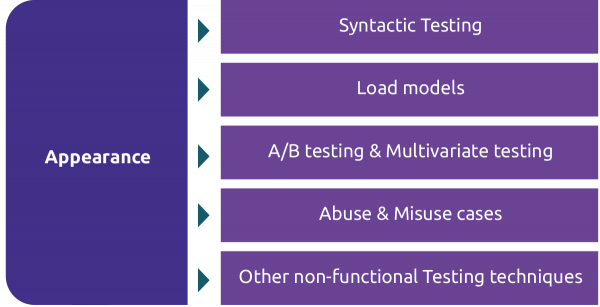 There are many techniques, which one to use? Continue here