Companies prefer to keep it indoors but there are quite a few SAP projects around the world that are going down quite a bit. How is it that these SAP projects fail and what is the road to more success?

A German supermarket chain, that wanted to simplify and centralize its IT infrastructure, is an example of this. After trying to implement an SAP system for some seven years – which is estimated to have cost a sloppy € 500 million – the supermarket chain has pulled the plug. In the meantime, people are hastily looking for a solution to revive the old system.

A major UK telecoms provider botched an SAP CRM implementation that gave customers wrong invoices, resulting in a fine of more than € 5 million from the telecoms regulator.

In the Netherlands a governmental organization has been built on a new SAP system from 2002 onwards. After spending € 433 million, according to its own words – the General Court of Auditors calculated € 900 million – the Ministry gave up in 2015.

Also in the Netherlands, a leasing company has completely halted the international roll-out of the Core Leasing System because the expecting benefits (especially in terms of efficiency) were lower or completely eliminated. The failed SAP project has cost this Dutch car leasing company 92 million euros to date.

If you look at SAP projects of the past years, you will see the same recurring items repeatedly:

Almost silly optimism from the responsible management who see an opportunity in the projects to quickly make their dreams come true but understand too little of the enormous effort that this requires. This while the senior management of these companies looks away in disinterest and ignorance until it is too late. Their solution providers who prefer to sell but are unable to manage the complex projects properly and often report increasing problems to their own management too late. IT companies that often get off financially well off with such chaotic and incompetent customers and are only exceptionally penalized for non-working products.

Add to this the fact that failed SAP projects are far more damaging than just the loss in euros, poorly functioning systems undermine the trust of customers, who are increasingly encountering companies through their software.

The impact of failure on SAP projects is much greater, due to the interconnectedness of SAP modules, which also influence business processes. An important reason for the failure of these projects are the ever-changing demands on the system. Despite all the preparations, new needs are still being revealed during the preliminary phase. This puts budgets and schedules at risk and a project gets already into trouble.

People are the key to success

Ultimately, the success of an SAP project stands or falls with the commitment on the workplace. There we must want and be able to work with the new system. If the right things are not automated, resistance is the result. At an early stage, employees should therefore be involved and included in the renewal process. When the employees experience SAP as support, automation -within the required conditions - automatically becomes fun and therefore a success.

An SAP test team that has an overview of the entire project and who communicates the needs of the employees accurately to the solution provider with the help of a balanced test strategy can play an important role here.  All departments dealing with the new SAP system must be involved in the project. This ensures that all real needs can be identified and implemented at the end.

What’s SAP doing in the meantime? 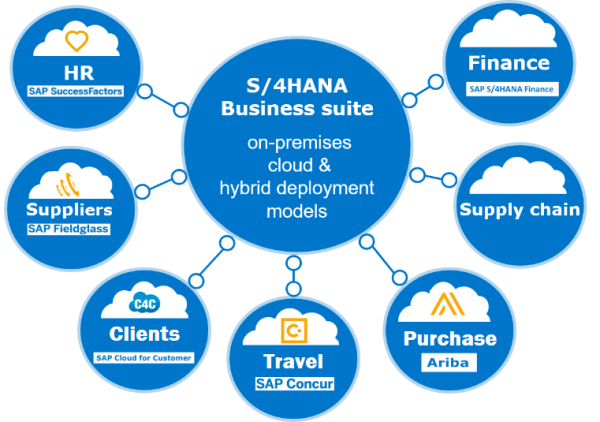 platform and has put its old platform on end-of-life (no support/updates as of 2027). SAP is using this new platform to simplify its applications, forcing its customers to the cloud more and more. The trend is that these cloud systems are getting mandatory updates more and more often (SAP cloud 1 time every three months, the HR solution from SAP SuccesFactors even monthly).

The impact for SAP testing

The old (SAP ECC) and new world (S/4HANA) will coexist for a while in different hybrid forms, making knowledge of both systems a requirement. SAP Fiori, the dynamic user interface of S/4HANA for various mobile platforms, requires a different way of testing. Agile Working and testing Agile can help there. In addition, the accelerating follow-up of updates greatly increases the need for integrated automatic testing.

If an SAP test team wants to be decisive, it needs to know how to work quickly and efficiently in such demanding projects and environments. They know the peculiarities and specialties of both old and new SAP and can thus quickly take on their central role in the project.